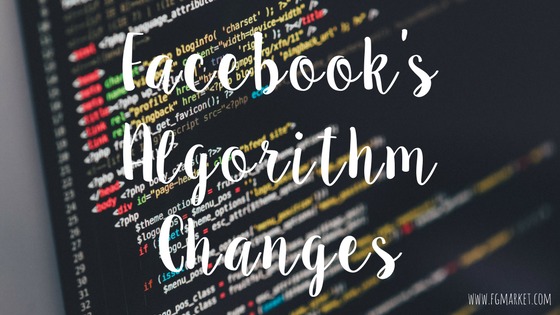 Every so often, the largest social media platform in the world, Facebook, decides that it’s time for a change in the way that its users see and interact with the content on their website.

Most recently, Facebook CEO Mark Zuckerberg announced that starting this year, Facebook will begin prioritizing content posted by your friends and family members, rather than businesses and interest pages, in your News Feed. They are moving the News Feed more toward “meaningful interactions between people,” according to a lengthy Facebook post made by Zuckerberg.

But this actually isn’t a new strategy for Facebook; they’ve been moving toward family-and-friend-focused content for the past few years, as far back as 2014.

As a business owner with a Facebook Page, this might make you a little concerned about whether the content you are posting on your business’s Facebook Page will continue to be seen by your followers or if it will be lost among the sea of baby photos and pictures of grandma’s cute kitty cats (all 10 of them).

But not to worry: this isn’t the end of Facebook Pages, you just need to rethink your strategy a little bit to learn how to adapt to the changes. And here are a few ways you can do that.

In Zuck’s Facebook Post, he very clearly laid out what Facebook is changing with their News Feed algorithm: a focus on engaging posts from people you know rather than businesses and other places. But that doesn’t mean that you, as a business with a Page, can’t be engaging as well.

In fact, creating posts that are engaging is what you’re supposed to be doing anyway with your Facebook content! Facebook is built around engagement and interactions between people. That’s why Zuck started Facebook way back in the early 2000s (well, that and as a way to rate the “hotness” levels of his fellow Harvard University classmates).

Focus on creating content that asks your followers questions, or encourages them to Like, comment on, and share your posts. Increasing your engagement lets Facebook’s algorithm know that you are interacting with your followers, which in turn can help to boost your overall post reach.

Live video can be a little more intimidating than pre-recorded video content, but don’t worry; you aren’t expected to do it perfectly every time. That’s the nature of live content!

Use live video to give a tour of your storefront or office, or as a way to give an update to your followers and see if they have any questions they would like to ask you. It’s a great way to create very engaging content.

Unfortunately, friends and family are always going to take precedent over a business’s content. But, what is interesting about Facebook’s algorithm change anouncement is that they never mention ads and sponsored posts being affected by this change. That means your paid posts will still be prioritized over everything else.

At the end of the day, Facebook is a business (albeit a business based on never charging their users to use their site, but still a business). That means they are in the business of trying to make money. And just like any free vs. paid version of a product, the people with the money will get their money’s worth out of the deal.

Buying ads is still the best and most reliable way to ensure that your content reaches your intended audience. Consider investing in paid posts in order to reach the most people.

Turn To Other Places

If you find yourself simply not reaching as many people as you think you should be and you don’t have the time to fix it, then we would love the opportunity to help you out.

Our Social Media Services take the stress and worry out of having to come up with engaging content for your followers. We create the content and we schedule the posts during optimal times during the day to ensure that it reaches the most people.

If you’re looking for more information, visit our Social Media Services page and explore all that we have to offer you.

Get the highest quality of dried and preserved florals from Woodcreek Drieds! … END_OF_DOCUMENT_TOKEN_TO_BE_REPLACED 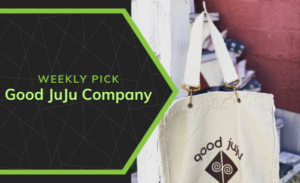 It's all energy at Good JuJu Company! … END_OF_DOCUMENT_TOKEN_TO_BE_REPLACED